Directors: Amélie Glenn, Filip Piskorzynski, based on a theatre piece by Carole Fréchett.

Jean & Béatrice is an “extra-ordinary” project in many respects: in its form, content, production process and screenplay. It is the first feature film stemming from Kino-meetings, a Quebec film movement whose motto is: “Do well with nothing, do better with little, but do it now.” It is also a timeless and poetic film, a modern tale relating the story of two strangers trapped in the same room, within the same setting, for an hour and a half. The film was shot in eleven nights in Hamburg, Germany, with about fifteen young film professionals whose only motivation was their enthusiasm, desire to create and their curiosity for the outcome of this “laboratory test” feature film, never attempted before.
Béatrice is waiting on the 33rd floor of a building. She has put up an ad all over the city: “Young heiress, lucid and intelligent, offers a substantial reward to the man who could interest her, move her and seduce her… in that order.” Attracted by the money, Jean is game to meet the challenge and to play this disconcerting game. He has no idea what he is getting himself into… 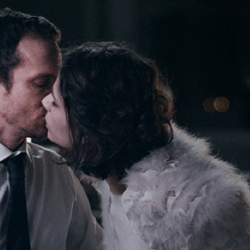 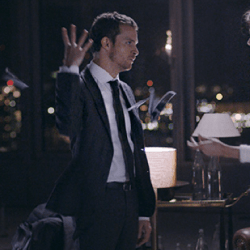 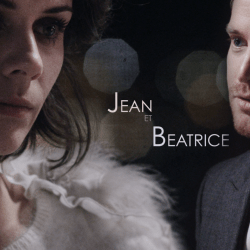