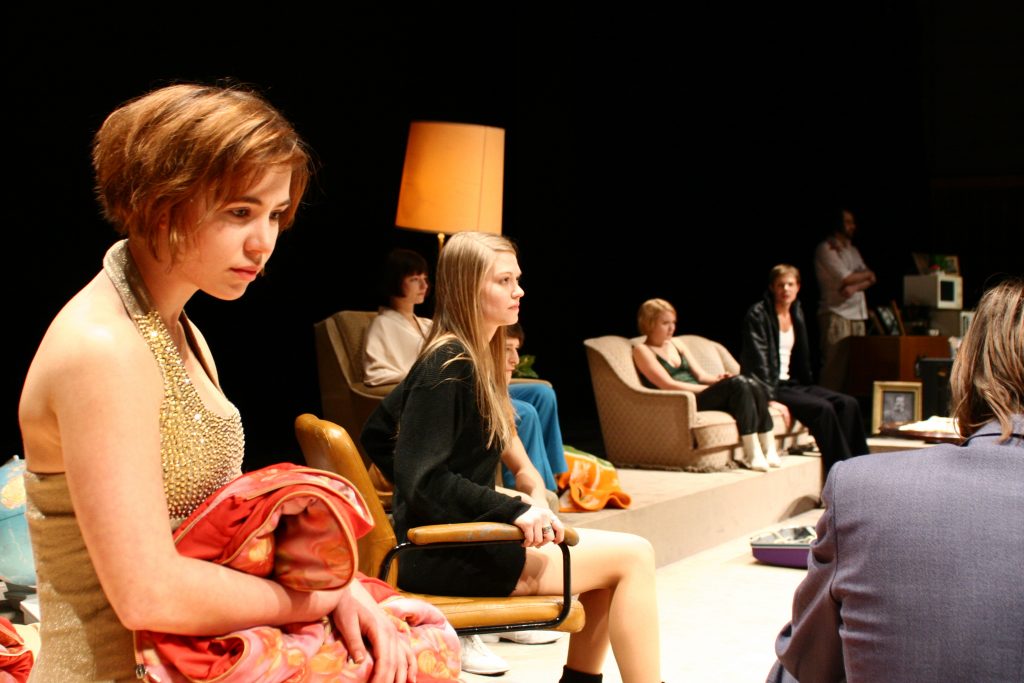 „Landschaft mit Argonauten-Medeamaterial-Verkommendes Ufer“ by Heiner Müller, was the first time I worked on both the costume and the stage-design. It was also the first time I was really satisfied with the result of a theatre work I was involved with. It was the final work of the theatre students attending the Theater Academy Hamburg, for this production a professional Director was requested. In this case, fortunately, Bernd Freytag, who specializes in conducting speech-choir. For this work a costume design student was needed who also had a sense for the stage and they asked me. Bernd Freytag did some further writing and added passages to the already very snippy text, which deals with the “Journey of the Argonauts” and in particular with the relationship of Medea and Jason, both coloured with a bit of a post-apocalyptic atmosphere. Beside the classical, mythological content, the play also deals with very modern themes, for example, the matters of decolonization, xenophobia, and a quite complicated male- female relationship. As well, our more and more complicated growing life structures, our contaminated relation to our environment and the absurd suppression of our social system by economical priorities is focused upon and criticized. The complete theatre piece took place in front of the „Ironcurtain“ in the lowered orchestra pit, which was covered with a sandy coloured carpet, which created the beach where the Argo landed and later on crashed – and at the same time it was a living room and a protective bunker. A pile of furniture and electronic scrap formed a barricade and then a nicely furnished row-house apartment and then transformed into a burning waste land. The choral speech was miraculous and menacing, but at the same time very calming, showing a beautiful collaboration in which I was given the opportunity to work very freely. 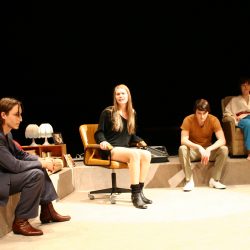 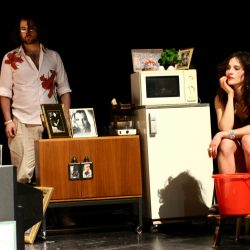 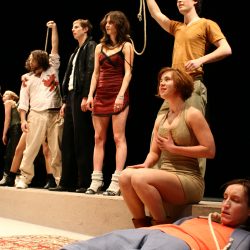 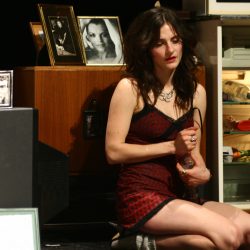 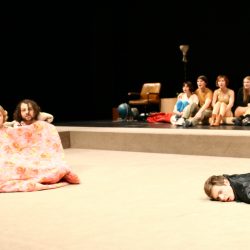